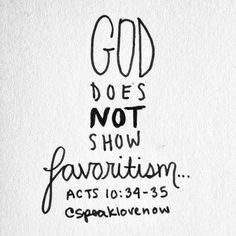 The true religion taught by the the Bible is: The Theology of inclusion is based on the teaching of Jesus about judgment and grace, "Do not judge so that you may not be judged." (Matthew 7:1); "For God so loved the world that he gave his one and only Son, that whoever believes in him shall not perish but have eternal life." (John 3:16). The majority of Christians have come to believe quite the opposite, some of these are church leaders. These Christians have decided that it is perfectly appropriate to judge others and to declare an abomination what isn't condemned by the Bible, but usually only for certain practices or beliefs that they have decided are contrary to God’s will. Thus the Church has often allowed prejudice to become rampant and even dominant in its philosophy of life. The Theology of inclusion strives to be accepting and non-judgmental toward others. The traditional Christianity has come to exclude certain people. Some are e
Postar um comentário
Leia mais
Mais postagens